How COVID-19 Is Permanently Changing the Dating Game 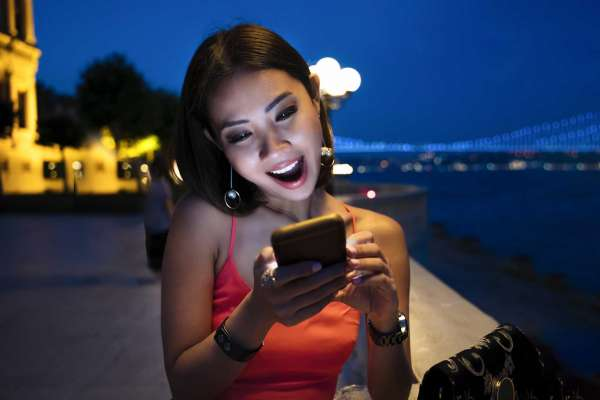 Periods of uncertainty, confusion and crisis have a way of drawing us back to the things that matter most, the biggest of which is our relationships. As we have all started self-distancing, wearing masks and sheltering at home, it has become challenging to connect with others as we usually do – especially when it comes to dating.

Wine tastings, romantic dinners, going to concerts, walks in the park and going to the movies are all off the table for now. However, rather than accepting and enduring a lonely normal, single people are finding ways to adapt. To help people continue to connect, the world’s biggest dating apps are reprioritizing and rolling out new features.

The dating game has changed

Video chats and virtual activities have become the alternative to dinner and a movie. Major dating apps like Tinder have reported surges in messaging. Social media sites have also played a huge role in how couples and singles are connecting and meeting other people during this unprecedented time.

To encourage people to stay home and not sneak out for covert dates, Match.com began offering new virtual features. Those features include a hotline to its dating experts so singles could ask questions about building relationships during this time and the ability to set up virtual happy hours where 20 to 30 people (from the same age group and city) can “mingle” in a group video. The company’s most important feature, a new in-app video chat service, has spiked interest by 69%.

Another app under the Match Group Network, Hinge, has seen roughly a 30% increase in messaging. Like Match.com, it too is turning to video to help daters safely connect through its feature called “Date from Home”.

While COVID-19 has had many negative impacts, there is a big positive for those looking for a relationship: virtual dates are creating stronger emotional connections. The switch to virtual dates has created an opportunity for couples to focus on an emotional bond before a physical one. According to OkCupid CEO Ariel Charytan, “There’s been a 200% increase in people reporting that they’ve been on a virtual date this month compared to last month.” OkCupid also reported an increase (5%) in OkCupid users looking for a long-term relationship and a decrease (20%) in those searching for a hookup.

Industry experts are now saying that the new features dating apps are rolling out and the strong emotional connections being made will cause a permanent shift for the dating industry. Long after the lockdown is over, people will come back to the apps that created such a positive experience for them during the pandemic.

“I actually think we’ll look back on this period and find that folks were forming pretty strong connections,” says Match.com’s Hosseini.

Author Bio: Blair Thomas has been a music producer, bouncer, screenwriter and for over a decade has been the proud Co-Founder of eMerchantBroker, with the highest rated dating merchant account in the country. He has climbed in the Himalayas, survived a hurricane, and lived on a gold mine in the Yukon. He currently calls Thailand his home with a lifetime collection of his favorite books.

This entry was posted in Relationship and tagged dating merchant account. Bookmark the permalink.